IT'S A BROADCAST EXTRAVAGANZA SEEN AROUND THE WORLD. AND, NEP IS PART OF THE ACTION.

NEP is a proud supporter of Turner and the NBA's All-Star Week, as demonstrated in New Orleans, Louisiana in February. A weeklong spectacle of concerts, entertainment and pre-game coverage served as the build-up to the All-Star Game, resulting in 24.5 hours of live television coverage across TNT and NBA TV. Not to mention the 36.5 hours of live content streamed across Facebook, Twitter and NBA.com, too.  NEP deployed 58 cameras, two aerial camera systems and 18 production trucks to capture coverage at TNT Studios, three outdoor concerts, two live performances on All-Star Saturday Night, the All-Star Game action and the halftime performance by John Legend.Turner provided 8 transmission paths, with events being broadcast to 215 countries and territories in 49 languages. 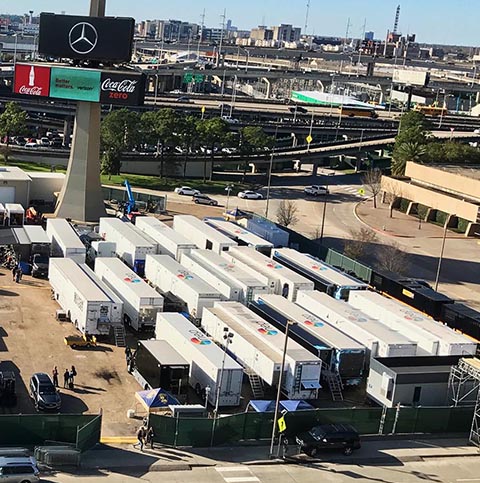