Our team at Bexel ESS has completed technical upgrades of 32 NFL systems for each team at all 31 stadiums including installation of a new “All 29” camera that can be controlled from the NFL AMGC in NYC.  System upgrades to the IVRS, Coach to Coach, Instant Replay and Sideline Technology Cart were also part of the work performed at each facility.  To support the NFL during the season, Bexel ESS will provide “League Technology Representatives” at every NFL game, domestic and international, to assist with the NFL technology used during a game.

They have also completed a temporary installation of broadcast and NFL systems infrastructure at LAC Coliseum for the Los Angeles Rams, as the new USC press box is being built and completed. They only had about one and a half months to complete the installation after major construction was finished to be ready for the first NFL pre-season game on August 18th.  To ensure delivery for the first game and a seamless transition to the temporary facilities, Bexel ESS installed infrastructure into temporary press suites, owner suites and coaches’ booths located within the existing stadium, as well as a temporary control room for the gameday inhouse video operations.  In addition, the broadcast compound was moved approximately 300’ to the OB truck compound allowing room for the new “Founders Entrance”.

Click here to see how our NEP US team is supprting this year's NFL season. 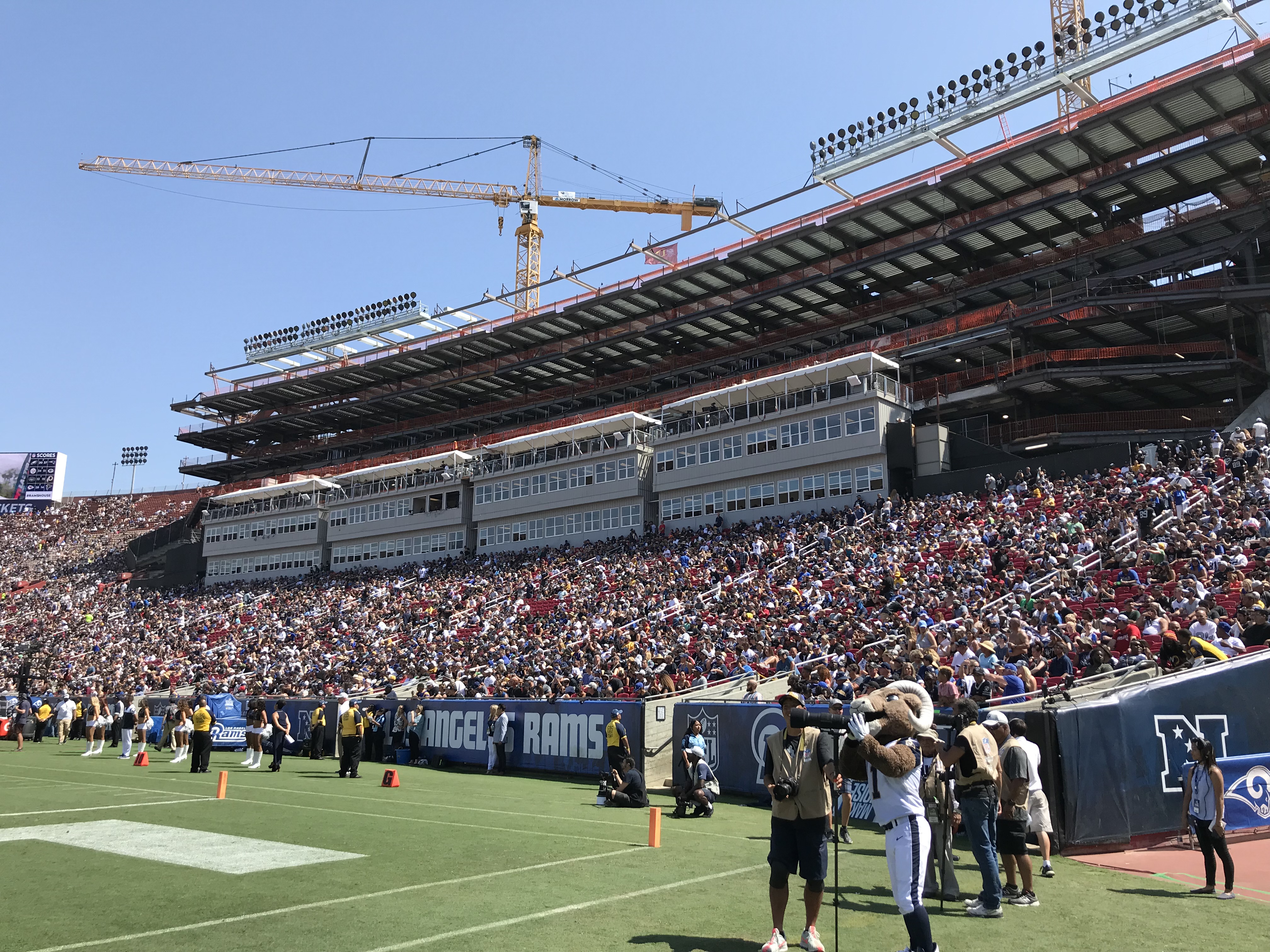