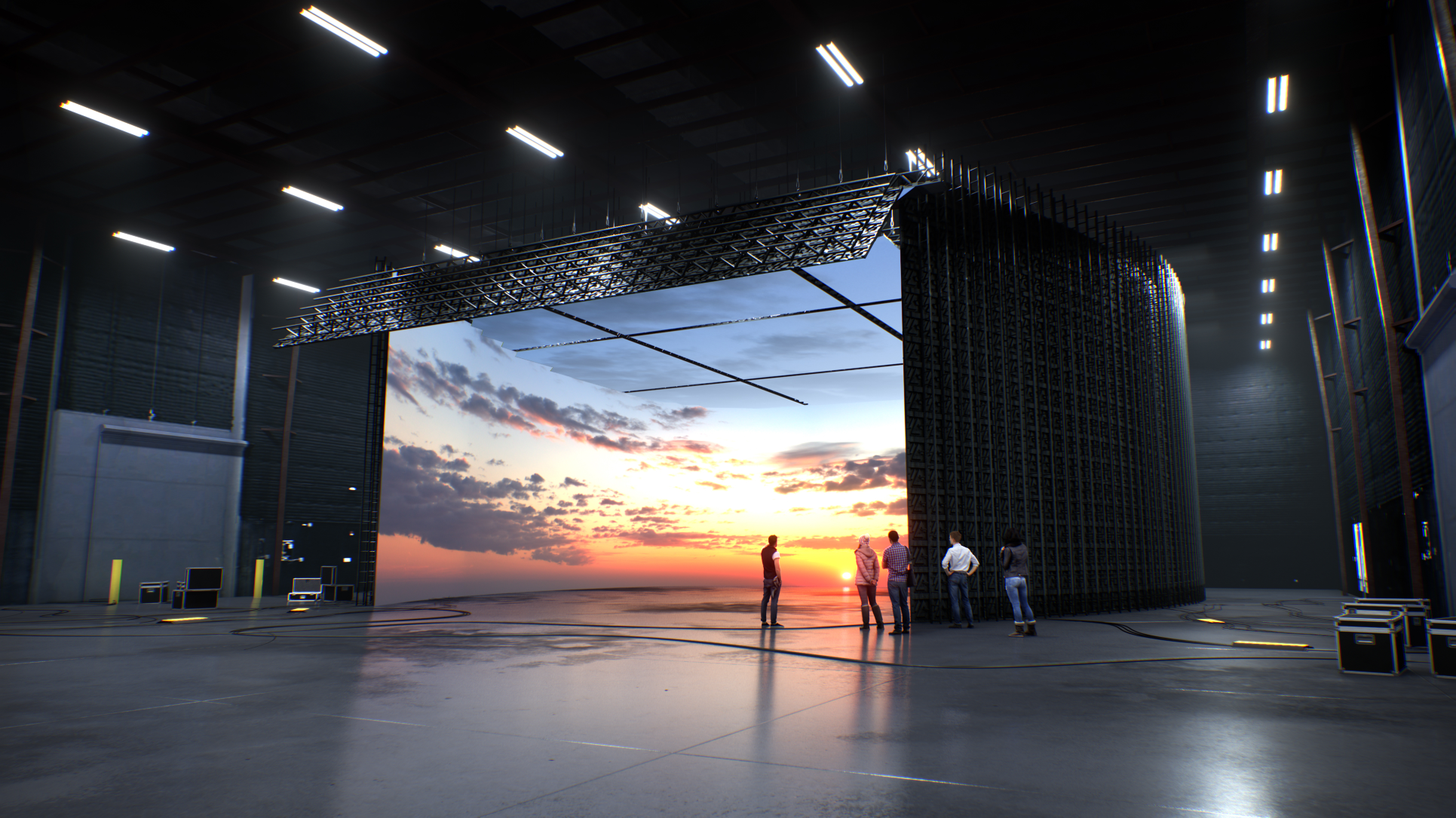 NEP Group recently announced the formation of NEP Virtual Studios after acquiring LuxMC, Halon Entertainment and the Prysm Stages brand, accelerating its strategic vision for virtual production. NEP Virtual Studios is committed to building a global network of permanent stages that are designed and operated by LuxMC, one of the industry’s leading virtual production specialists. The first Prysm Stage is coming to the Creative Technologies District at Trilith Studios, one of the largest purpose-built movie studios in North America and home to projects including Black Adam and Loki. Trilith Studios recently expanded to 24 premium sound stages including five sound stages purpose-built as a permanent home for the latest technologies in filmmaking.

Virtual production processes, including in-camera visual effects (ICVFX), enable directors and creative teams to iterate on visual effects and CG enhancements interactively, and to restage digital sets, make lighting changes, adjust camera angles, and more on the spot. These processes have transformed the way movies and shows are made, speeding-up collaboration, unlocking new creative options and solutions, and delivering significant savings to productions.

“Ensuring the success of a virtual production shoot relies on having a rock-solid stage setup and an experienced production team in place,” said Mitch Bell, Vice President of Physical Production at MARVEL STUDIOS. “The Prysm Stage at Trilith is just another example of how we rely on Trilith Studios to bring best-of-class solutions to our productions.”

Built with virtual production in mind, the Prysm Stage at Trilith Studios is one of the largest virtual production facilities in the world, featuring a fully enclosed 80’ x 90’ x 26’ virtual production volume in an 18,000 square foot purpose-built sound stage. This footprint is built to accommodate large set pieces wrapped 360 degrees with LED panels, including an LED ceiling, equipped for the deployment of game-engine-driven video playback and designed to immerse filmmakers in large-scale, real-time digital environments; the facility will also include a process stage designed for automotive shoots opening in Q1 of 2022.

For more information about the Prysm Stage at Trilith Studios visit www.prysmstages.com.

Trilith Studios is one of the largest purpose-built movie studios in North America with an emphasis on world-class facilities, state-of-the-art technology and premium content. It is  home to blockbuster films and independent shows like Avengers: Endgame, Zombieland: Double Tap, WandaVision, The Suicide Squad and Moon and Me. Set across 700 acres, Trilith Studios has more than one million square feet of production facilities, including a first-of-its-kind virtual LED stage that offers the highest quality production values in the industry, 24 premium sound stages, construction workshops, costume shops, virtual production technologies, and an extensive 400-acre backlot.

Trilith Studios is a one-stop-shop for producers with more than 40 production vendors onsite, including Technicolor, MBS Equipment Company, SGPS/ShowRig, Herc Rentals, SmartPost and The Third Floor. The studio recently added 75,000 square feet of stages equipped for virtual production technologies and will soon add a Creative Office Centre to house content and technology companies.

You have a vision. We see it, too. With a worldwide network of experts and cutting-edge technology, our unique Global Production Ecosystem empowers content creators and rightsholders to tell stories in breakthrough ways. We're built on 35 years of trusted experience across broadcast, live event, and virtual production to deliver the solutions you need—anytime, anywhere.

Headquartered in the United States, NEP has operations in 25 countries with over 5,000 employees. Together, we have supported productions in over 100countries on all seven continents, and we’re still growing.

Learn how we are helping clients bring their content to life at nepgroup.com.

Marc Segar, Director of NEP Global Technology, has been named an SMPTE (Society of Motion Picture and Television Engineers) Fellow, an industry achievement.