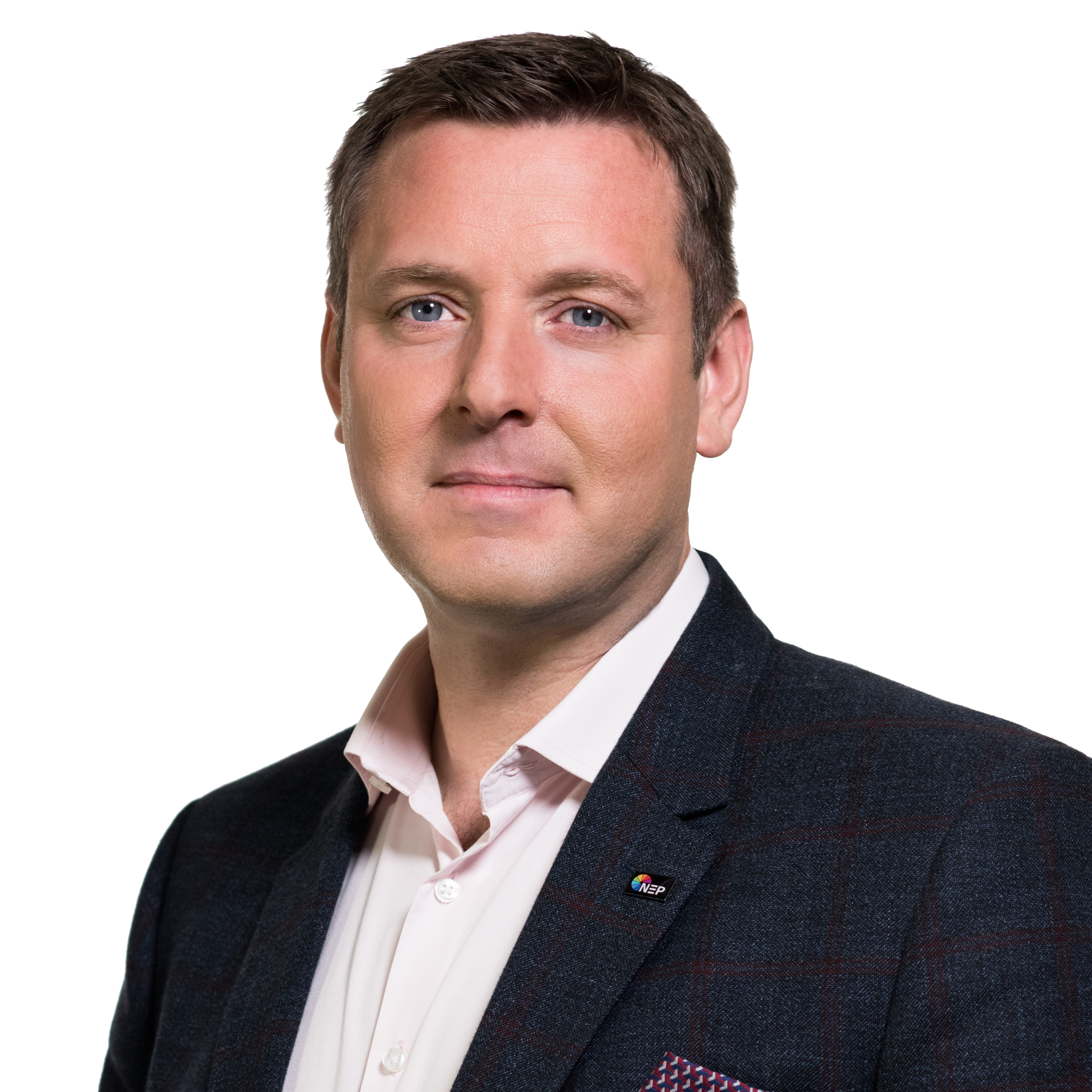 Steve Jenkins is President of NEP’s UK & Ireland divisions. He began his career in the television industry in 1993 as a general assistant working in vision engineering and later in operations after completing higher education in arts and media.

Ambitious to continue a career in broadcasting, Steve joined Visions Limited in 1997 and progressed through the company, first as a technical unit manager and then to commercial director in 2003. During this time, he managed a wide variety of major events including concerts, game shows, state funerals, rugby matches, motor racing, test cricket games and the Olympics, as well as overseeing work in the host facilities for the 2006 World Cup in Germany.

With a wealth of technical and commercial experience, Steve was the ideal candidate to become Managing Director of Roll to Record Limited, which was acquired by NEP in 2006. It was Roll to Record’s specialization in robotic and mini-POV cameras, along with their technical expertise and experience, that led to the company providing the broadcast facilities and crew for reality-TV show “Big Brother” and related programming for its entire 11-year run.

In 2009, Steve took on the role of Managing Director of NEP Visions and today oversees the entire NEP UK & Ireland group of companies, including NEP Bow Tie. He is passionate about the industry and its people, and continues to drive forward an ethos of innovation and professional staff development to give our clients the best coverage and talent possible.